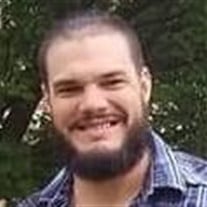 Ryan David McBride, 32, of Manteno, passed away Monday (Sept. 2, 2019). He was born Oct. 16, 1986, in Anaheim, Calif. He married Traca Cousten on May 28, 2011, in Peotone. Ryan served in the U.S. Army. He volunteered with the Manteno Community Fire Protection District, Veteran’s Head Space, AMVETS and at the Illinois Veteran’s Home at Manteno. Surviving are his wife; his daughter, Harlei; parents, Steven McBride, of Oregon, and Christine Bower McBride, of Manteno; maternal grandfather, David Bower, of Oregon; maternal grandmother, Josephine Elmore, of Manteno; paternal grandmother, Adeline “Addie” McBride, of California; and paternal stepgrandmother, Shirley McBride, of Tennesee . He was preceded in death by his paternal grandfather, Harley “Pop” McBride. Visitation will be from noon Tuesday, Sept. 10, until the 2 p.m. funeral service at Brown-Jensen Funeral Home, Manteno. Pastor Jack McCormick will officiate. Memorials may be made to the wishes of the family.

The family of Ryan David McBride created this Life Tributes page to make it easy to share your memories.

Send flowers to the McBride family.