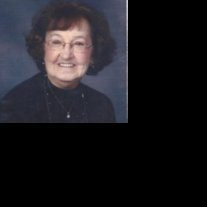 Rose Mary Senesac, 88, of Manteno, died Friday (May 3, 2013) at Riverside Medical Center, Kankakee. Visitation will be from 9 a.m. to 11:15 a.m. Monday at the Brown Funeral Home in Manteno. A funeral Mass will follow at 11:30 a.m. at St. Joseph Catholic Church in Manteno, where she was a member. Father Al Heidecke will officiate. Burial will be in St. Joseph Cemetery in Manteno. In lieu of flowers, memorials may be made for Masses or to Hospice of Kankakee Valley. Mrs. Senesac was employed at the Bear Brand Hosiery Co. as a young girl and worked as a cook for 20 years at the Manteno School District. She was born Oct. 14, 1924, the daughter of Joseph and Irene Prairie Benoit. Her husband, Raymond Senesac, whom she married Jan. 3, 1948, preceded her in death. She was an avid reader and a member of the Manteno Library Book Club. She worked on the St. Joseph luncheon committee. She loved cooking for her family and friends. She was the best pie maker in the county. Many family and friends have enjoyed her pies and good dinners. Surviving are three sons and daughters-in-law, David and Carol Senesac, Kevin and Christine Senesac, and Leslie and Kay Senesac; one daughter and son-in-law, Christine and Lyle Shrontz; grandchildren, Andy and Sarah Senesac; three sisters and two brothers-in-law, Theresa Ciaccio, Eloise Martin, Joan and Gerald McGinnis, and Doug Altmeyer; and two sisters-in-law, Betty Benoit and Barbara Benoit. She was preceded in death by three sisters, Florence Denault, Bernice Buckley and Joyce Altmeyer; and four brothers, Artel Benoit, Jerome Benoit, Donald Benoit and Maurice Benoit. Rose Mary will be greatly missed by her loving family, three sisters and many relatives and dear friends.

The family of Rose Mary Senesac created this Life Tributes page to make it easy to share your memories.

Send flowers to the Senesac family.