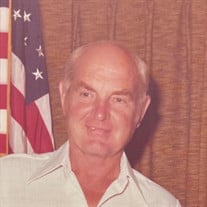 Norman “Bud” N. Hartman, 94, of Manteno passed away January 15, 2022, at his home after a battle with aggressive leimyosarcoma. Born at his home in Deselm, he was the son of Nellie Hazelton Hartman and Franklin W. Hartman. He is survived by his wife of 73 years, Patricia Bourelle. His daughter, Linda of California, Diana Bloxam of Bloomington, granddaughters Lucy Bloxam (Jordan Tassio) of Chicago and Cally Bloxam of Florida, many nieces and nephews, grand dog Minnie and special friends Annette and Rondy Lamore. He was preceded in death by daughter Sandy, his parents, in-laws Oscar and Viola Bourelle, siblings Ray Walton, Kathryn McLain, Lucille Mathieson and Francis Curl. Bud was a member of Manteno United Methodist Church, American Legion, founding member of Manteno Historical Society, lifetime member and past president of both the Manteno Sportsmen's Club (helped build present clubhouse) and the now defunct Manteno Municipal Golf Course where he volunteered countless hours for both organizations. Throughout his youth Bud worked numerous jobs from hauling corn on the farm to hauling railroad ties. Graduating from Manteno High School he enlisted in the United States Navy’s Aviation Cadet Program, which afforded him the opportunity to attend University of Illinois and Princeton. After a 40-year career at Northern Illinois Gas, he retired in 1988. Never idle, only deep snow or frost would keep him off the golf course or high winds from fishing. Making his first trip in the rumble seat of his father’s Model A, the Upper Peninsula Michigan was his favorite fishing destination - making the trip 75 plus years. A self-taught craftsman he could be found in his garage - building, repairing or creating a piece to replace and if he didn’t know how he would get on his I-pad and figure it out. He was always willing to help others. Bud was a mentor to many and always had time for kids –showing how to fish, golf, build or just sitting down to play cards or a game. And of course, the teasing would be expected! He will be missed by many. Visitation will be Saturday January 29 at Brown-Jensen Funeral Home, Manteno from 9 – 11am with service following. Burial immediately following at Deselm Cemetery.

Norman &#8220;Bud&#8221; N. Hartman, 94, of Manteno passed away January 15, 2022, at his home after a battle with aggressive leimyosarcoma. Born at his home in Deselm, he was the son of Nellie Hazelton Hartman and Franklin W. Hartman.... View Obituary & Service Information

The family of Norman "Bud" N. Hartman created this Life Tributes page to make it easy to share your memories.

Send flowers to the Hartman family.