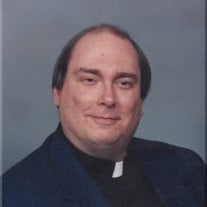 The Rev. Curt Boyer was called home in glory from Momence Meadows nursing and rehabilitation center June 4, 2013 after a 2 ½ year illness. Visitation will be held from 4 p.m. to 8 p.m. Thursday, June 13, at Brown Funeral Home in Manteno and from 10 a.m. Saturday, June 15, at St. Paul's Lutheran Church in Woodworth, until the 11 a.m. funeral service. Memorials may be made to Hospice of Kankakee Valley or to the family wishes. Pastor Boyer was best known for his sermons, funeral messages, and shut-in and hospital visits. His gift was connecting God’s grace, mercy and peace to those in need. Pastor Boyer was born Oct. 24, 1954, in Watseka, the son of Delbert and Winona (Sorenson) Boyer. After high school graduation, Pastor Boyer pursued his calling into the LCMS ministry. He was a graduate of Concordia Teachers College in Seward, Neb., and Concordia Theological Seminary, Fort Wayne, Ind., where he was ordained in 1989. During his call process, he served as public relations director for Lutheran Child and Family Services in Milwaukee, Wis. His first call was First Lutheran Church in Salida, Colo., and he later served at Minneapolis Lutheran High School in Bloomington, Minn.; Gethsemane Lutheran Church in Snellman, Minn.; St John Lutheran Church in Height of Land, Minn.; as visitation pastor at St. Paul Lutheran Church, Kankakee; and as associate pastor at Good Shepherd Lutheran Church, Bourbonnais. He also served many vacancies in the Northern Illinois District. Pastor Boyer loved teaching the word of God. He led a long-standing Bible study group called Circle of Friends. In addition to preaching and teaching, his love of animals was ever present. During his illness, visits from pets brought smiles to his face. Pastor Boyer is survived by one brother, Dennis (Ruth) Boyer, of Crescent City; nieces, Cheri (Mark) Rogers and family of Bourbonnais, and Amy (Chris) Warke and family of Bolingbrook. He is also survived by one sister-in-law, Michele Boyer, of Watseka; aunts, Wanda Pfingsten, of Crescent City, and Helen Doerk, of San Antonio, Texas; several cousins; and special friends, Ronda Lucas and Richard and Ellen Smith. Along with his parents, preceding him in Heaven was one brother, Larry; and one sister, Lisa.

The Rev. Curt Boyer was called home in glory from Momence Meadows nursing and rehabilitation center June 4, 2013 after a 2 ½ year illness. Visitation will be held from 4 p.m. to 8 p.m. Thursday, June 13, at Brown Funeral Home in Manteno and... View Obituary & Service Information

The family of Curt Boyer created this Life Tributes page to make it easy to share your memories.

The Rev. Curt Boyer was called home in glory from Momence Meadows...

Send flowers to the Boyer family.